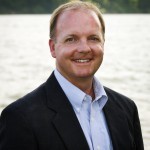 When a policyholder gets sick or hurt, Aflac pays cash benefits fast. For more than 65 years, Aflac insurance policies have given policyholders the opportunity to focus on recovery, not financial stress.

Aflac individual and group insurance products provide protection to more than 50 million people worldwide. For six consecutive years, Aflac has been recognized by Ethisphere magazine as one of the World’s Most Ethical Companies. In 2012, FORTUNE magazine recognized Aflac as one of the 100 Best Companies to Work For in America for the 14th consecutive year. Also, FORTUNE magazine included Aflac on its list of Most Admired Companies for the 11th time in 2012. Aflac Incorporated is a Fortune 500 company listed on the New York Stock Exchange under the symbol AFL.